An ecstatic Anthony Anderson showed off his Hollywood Walk of Fame diamond ring during an interview with guest host Sarah Silverman on Monday’s installment of The Ellen DeGeneres Show. 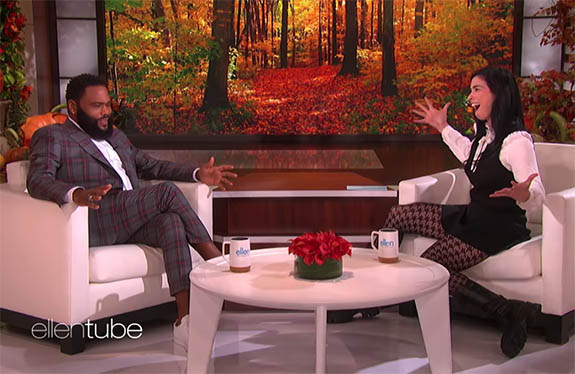 The Black-ish actor told Silverman that George Lopez and Cedric the Entertainer surprised him with the supersized, championship-style ring after his Walk of Fame Star was unveiled in mid-August. 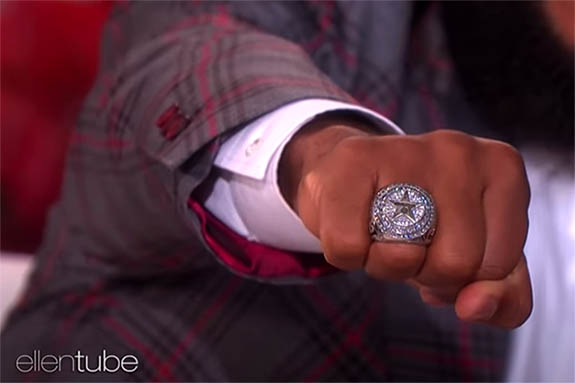 After explaining how the celebration had to be pared down due to COVID-19 social gathering restrictions, he aimed the ring directly at the camera operator so the home audience could get a perfect view of the jewelry. The design features a miniature Walk of Fame star set in white precious metal and embellished by diamonds.

“It was kind of weird,” the actor explained to Silverman. “They held the ceremony in a backroom at Ripley’s Believe It or Not because of COVID. Only 11 people were allowed to be in the room, eight were family members. My mom was one. She gave a great speech for me. George Lopez was there, he gave a speech. And he also gave me this ring right here.” 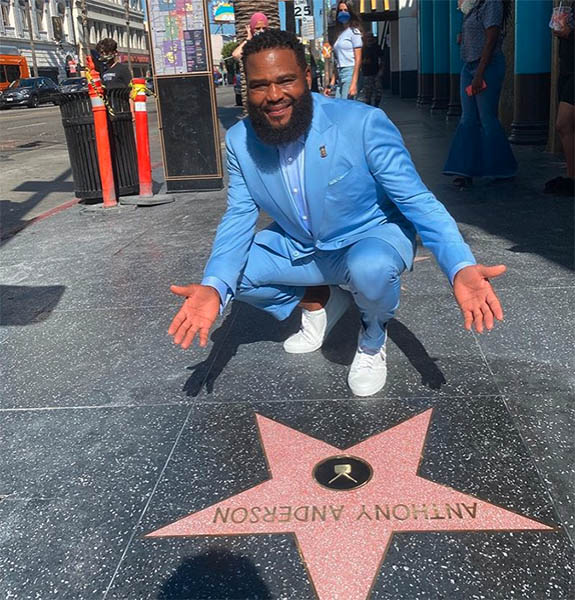 In a Tinseltown twist of fate, the Hollywood Chamber of Commerce placed Anderson’s star on the corner of Hollywood and Hyland.

“What’s crazy [is] I went to Hollywood High School. So for years I would walk up and down Hollywood Boulevard, never in a million years thinking I would be immortalized on the Walk of Fame,” Anderson said. “My star is literally across the street from my old high school.” 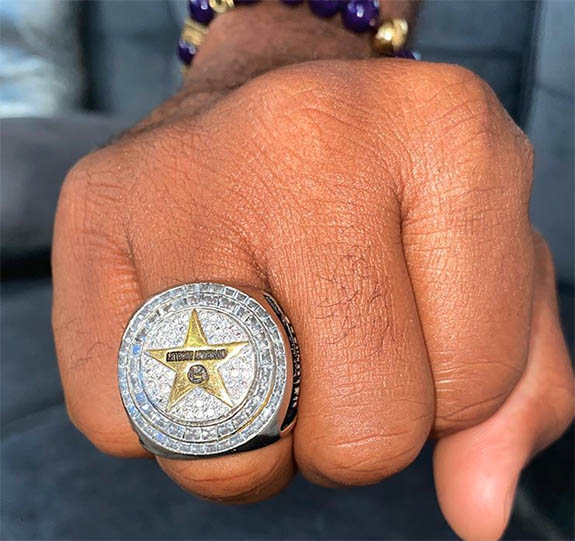 In September, Anderson shared a closeup of the ring on his Instagram page and included this caption: “A gift from my brothers @cedtheentertainer and @georgelopez welcoming me to The Hollywood Walk of Fame. I have a Star amongst the Stars with my brothers!”

The 50-year-old told Silverman how bizarre it is to shoot a television series during a pandemic.

“It’s been crazy,” he said. “We have everything on our stage now except stop lights. We have crossing guards. We have grids on the floor. One way in, one way out. When the actors are moving, everything shuts down and everyone splits like the Red Sea.”

There are more than 2,690 five-pointed terrazzo and brass stars embedded in the sidewalks along 15 blocks of Hollywood Boulevard and three blocks of Vine Street in Hollywood, CA. The Hollywood Walk of Fame, which was conceived in the mid-1950s, honors all the major branches of the entertainment industry: motions pictures, broadcast television, audio recording or music, radio broadcast and theater/live performance.

Check out this clip of Anderson chatting with Silverman on Monday’s show. The ring conversation starts at the 3:28 mark.