While working the search field at Crater of Diamonds State Park, Beatrice Watkins joked to her two young granddaughters that their future husbands would need to revisit the site to find diamonds for their wedding rings. 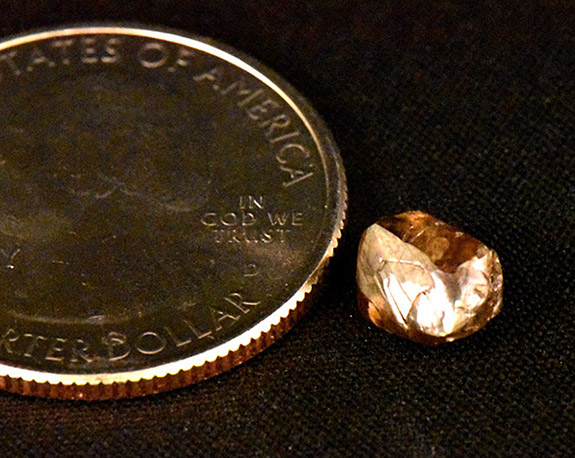 What the 56-year-old Mena, Ark., resident didn’t realize at the time is that she had already scored the park’s biggest diamond of 2020, a 2.23-carat oblong stone, the size of an English pea and color of iced tea.

Watkins had found the unusual stone within 30 minutes of arriving at the park. 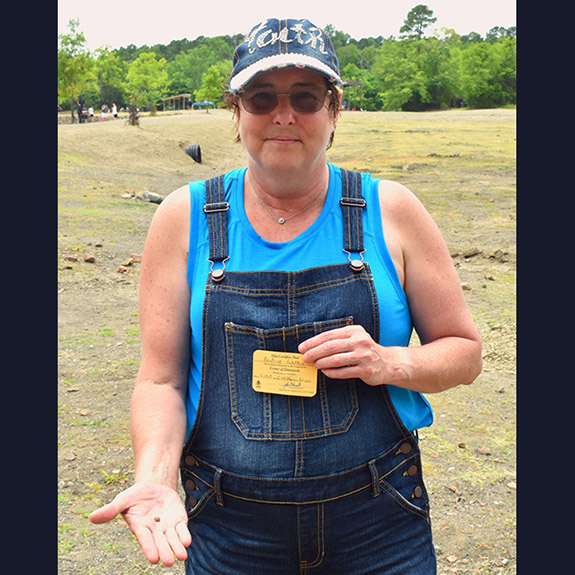 “I was searching with my daughter and granddaughters when I picked it up,” Watkins said. “I thought it was shiny, but had no idea it was a diamond! My daughter googled similar-looking stones and thought it might have been iron pyrite, so I stuck it in my sack and kept sifting.”

About an hour later, Watkins and her family took a break at the park’s Diamond Discovery Center and got the exciting news from a park staffer that her suspected “iron pyrite” was actually a brown diamond.

As is customary for all of the biggest finds at the park, the amateur prospector was given the opportunity to name her diamond. She called the stone “Lady Beatrice” and said she’d probably keep it as an inheritance for her kids and grandkids.

Watkins said she found the Lady Beatrice while dry sifting soil on the north end of a culvert near the center of the park’s 37.5-acre search area. The search area is actually a plowed field atop the eroded surface of an extinct, diamond-bearing volcanic pipe. Visitors have found more than 33,000 diamonds since the Crater of Diamonds opened as an Arkansas State Park in 1972.

Amateur miners get to keep what they find at the only diamond site in the world that’s open to the general public. The park had been closed for two months due to COVID-19 health concerns, but reopened on May 22, just in time for Memorial Day weekend.

So far in 2020, 139 diamonds weighing a total of 22 carats had been registered at Crater of Diamonds State Park in Murfreesboro. Four of those diamonds weighed at least one carat each.