Actor Wilmer Valderrama rang in the New Year by proposing to model Amanda Pacheco with a 4-carat pear-shaped diamond ring. Valderrama announced the engagement with a picture-postcard-worthy addition to his Instagram page, which boasts 1.7 million followers. 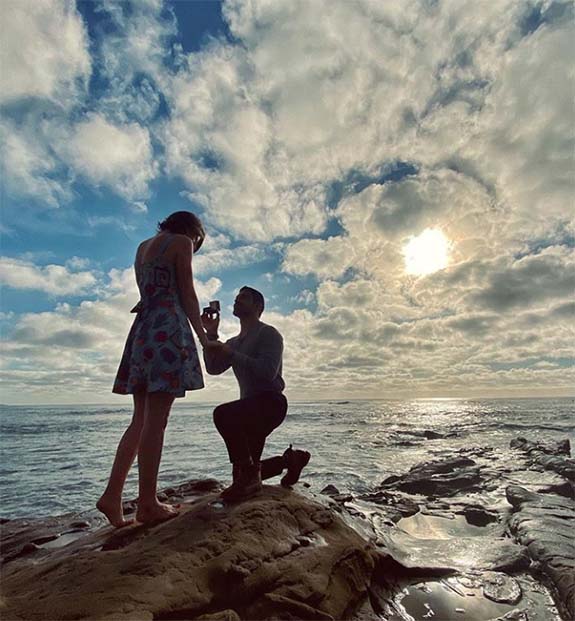 Set on the coast of La Jolla, Calif., the photo captures the exact moment when the That ’70s Show star popped the question to Pacheco. The couple is shown in silhouette against a wondrous sky of puffy clouds. Pacheco is standing barefoot on a rocky outcrop while locking eyes with Valderrama, who is on bended knee, clutching an open ring box in his right hand. 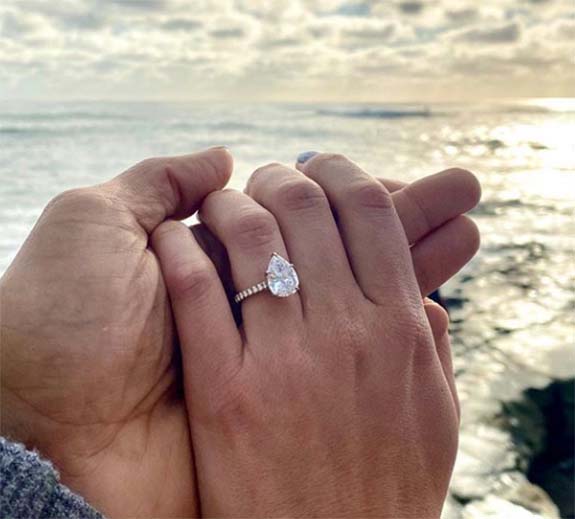 On Pachecho’s Instagram page (43,600 followers), the model posted the same dramatic photo and caption, but added a closeup shot of the ring, which features the prominent center stone set against a delicate diamond band crafted in rose or yellow gold. Jewelry-industry insiders estimated the pear-shaped diamond’s weight at 4 carats and the ring’s value at about $100,000.

According to experts contacted by People magazine, the pear-shaped diamond is making a comeback, thanks to high-profile celebrities, such as reality star Kelly Dodd, rapper Cardi B and supermodel Natalia Vodianova — all of whom were recently engaged with diamonds of that shape. 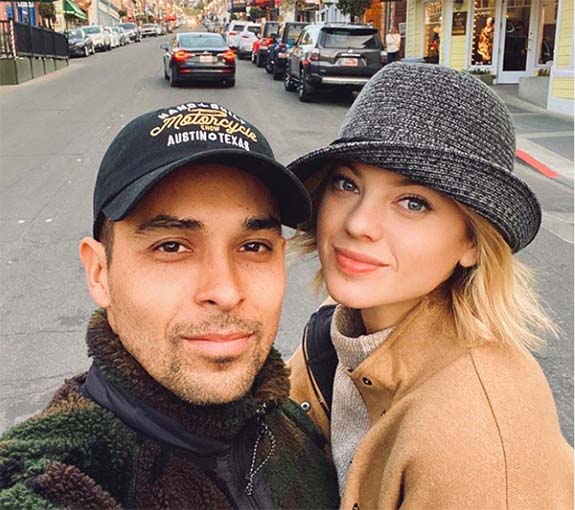 The Knot’s “2019 Jewelry and Engagement Study” recently revealed that the pear shape was the choice of 5% of recently married or engaged couples. That percentage places the diamond shape fifth in popularity, trailing the round brilliant (47%), princess/square (14%), oval (14%) and cushion (9%).

Many brides prefer fancy shapes because they add a sense of personality to their rings and because they tend to look larger than round diamonds of equal carat weight, giving the fancies more bang for the buck.

Valderrama, 39, and Pacheco, 28, had been dating since the spring of 2019. Valderrama had previously dated singer Demi Lovato, a relationship that lasted six years and ended in June of 2016.