Music Friday: Dean Martin Has a Band of Gold, But No ‘Wedding Bells’ in His Future

Welcome to Music Friday when we like to bring you throwback songs with jewelry, gemstones or precious metals in the title or lyrics. Today, crooner Dean Martin sings about a little band of gold in his cover of “Wedding Bells,” a song first made famous by country legend Hank Williams exactly 70 years ago. 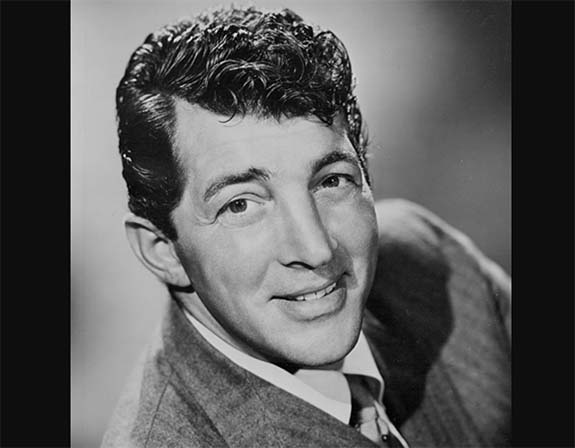 In the song, Martin portrays a young man who has just gotten an invitation to his ex-girlfriend’s wedding. Not only is he heartbroken by the thought of her marrying another man, but he reveals that he had been all set to pop the question.

He sings, “I planned a little cottage in the valley / And I even bought a little band of gold / I thought someday I’d place it on your finger / But now the future looks so dark and cold.”

In the end, Martin laments that wedding bells will never ring out for him.

Although the official writing credit for “Wedding Bells” is attributed to guitarist Claude Boone, country music historian Colin Escott wrote that Boone actually purchased the song for $25 from James Arthur Pritchett, a musician who performed under the name Arthur Q. Smith. Twenty-five dollars in 1949 is equivalent to about $300 today.

Of all the versions of “Wedding Bells” posted to YouTube, we like Martin’s the most. The song is included as the last track on his album titled Dean Martin Hits Again.

Born Dino Paul Crocetti in Steubenville, Ohio, in 1917, Martin’s first language was Italian and he didn’t start learning English until he entered school at the age of five. His lack of English skills made him a target of neighborhood bullies. He dropped out of school in 10th grade because he believed he was smarter than his teachers. The teenager made ends meet by bootlegging liquor, working in a steel mill and dealing blackjack at a speakeasy. He also became a welterweight boxer.

Martin moved to New York City, where he worked as a croupier in an illegal casino behind a tobacco shop. He called himself “Dino Martini” and started singing for local bands. He got his first big break working for the Ernie McKay Orchestra.

He would go on to record some of his generation’s most memorable tunes, including “Memories Are Made of This,” “That’s Amore,” “Everybody Loves Somebody,” “You’re Nobody Till Somebody Loves You,” “Ain’t That a Kick in the Head?” and “Volare.”

Martin passed away on Christmas Day 1995 at the age of 78. In 1996, Ohio’s Route 7 through Steubenville was rededicated as Dean Martin Boulevard.

Please check out the audio track of Martin’s cover of “Wedding Bells.” The lyrics are below if you’d like to sing along…