20.08-Carat Blue Diamond From Celebrated Cullinan Mine Sells for $14.9 Million

The exceptional 20.08-carat blue diamond recovered in September from the celebrated Cullinan Mine in South Africa was sold last week for $14.9 million, or $742,000 per carat. Mine owner Petra Diamonds Ltd. described the buyer as “a leading diamond company that wishes to remain anonymous,” but that cloak of secrecy certainly will be lifted once the rough gem is transformed into a polished diamond. 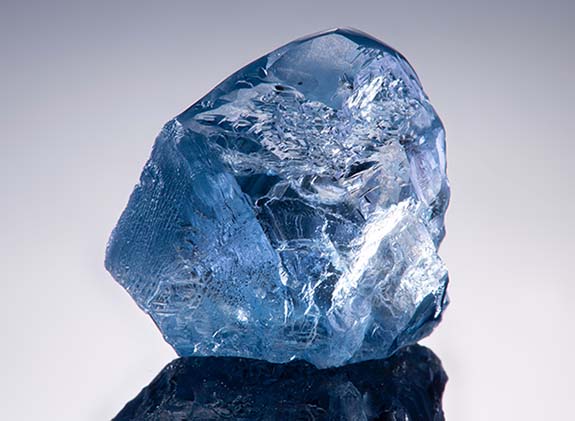 A three-dimensional mapping of the rough stone will likely be conducted to determine the size and shape of the diamond that it will yield. We’re guessing that it will weigh about 8 carats and be worth $25 million or more. Here’s why…

The Blue Moon of Josephine, which was also sourced at the Cullinan Mine, started out as a 29-carat rough blue diamond and was polished into a 12-carat cushion-cut diamond of the highest quality. It rated “fancy vivid” blue in color and “internally flawless” in clarity. It was eventually sold at a Sotheby’s auction for $48.5 million, or more than $4 million per carat. The rough diamond that became The Blue Moon of Josephine lost about 59% of it mass during the cutting process. If the same holds true for Petra’s 20-carat blue diamond, the result would be an 8-plus-carat gem. 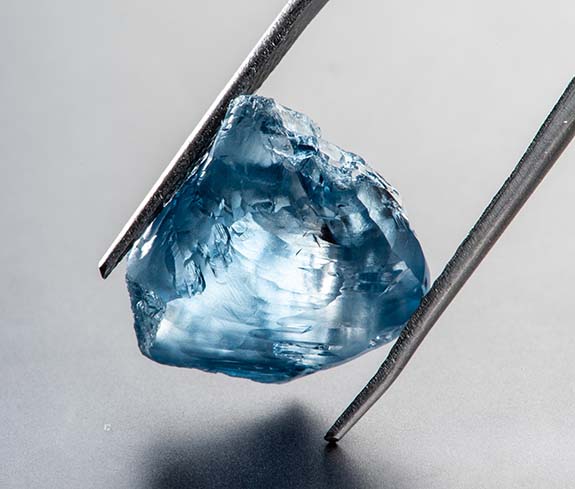 “We are very pleased with this result, which is in line with our expectations and confirms the resilience in the value of very high-quality blue diamonds, undoubtedly one of nature’s rarest treasures,” said Richard Duffy, Chief Executive of Petra. “We look forward to following this exceptional stone’s journey to its polished form.”

Analysts had predicted correctly in September that Petra’s 20-carat blue diamond would sell in the range of $10 million to $15 million.

Located at the foothills of the Magaliesberg mountain range, 37 kilometers northeast of Pretoria in South Africa, the Cullinan Mine is arguably the world’s most heralded diamond mine.

Not only is the Cullinan Mine still producing world-class white diamonds, it is also the world’s most important source of blue diamonds.

Diamonds get their natural blue color from small amounts of the chemical element boron trapped in the crystal carbon structure during its formation.